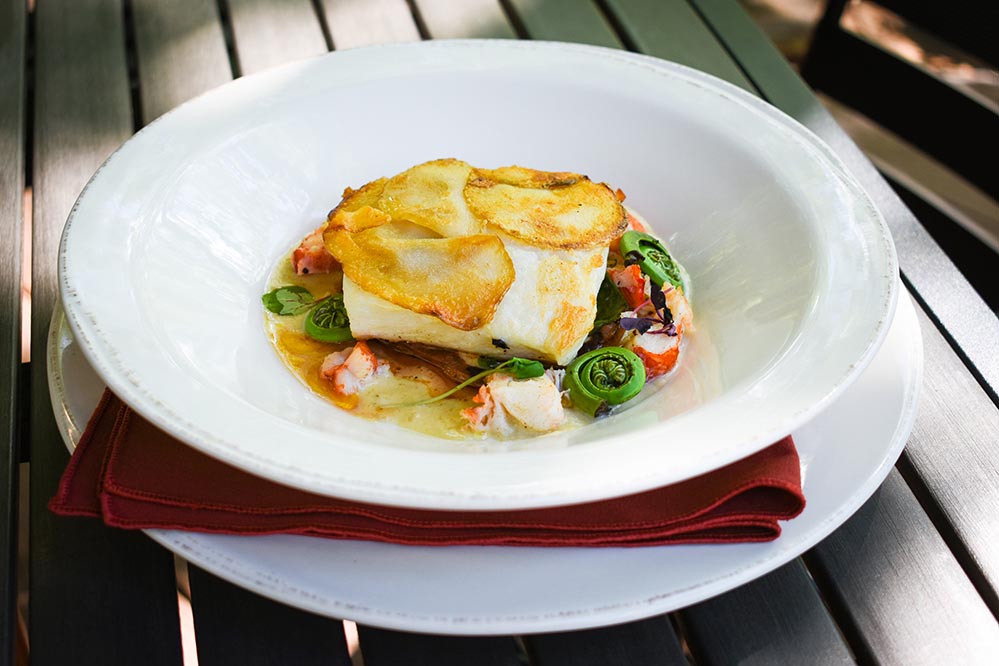 Eating seasonally has always been a huge part of Appalachian heritage. It started thousands of years ago with the Native Americans who hunted and gathered in these hills, and it became a refined practice when they settled into villages where they grew the three sisters: squash, beans, and corn. Cherokee leaders lived in large townhouses atop mounds, from which they could oversee their communities, which cultivated vast communal gardens.

The Cherokee largely lived off fresh produce in the spring and summer, enjoying nuts, berries, mushrooms, and wild plants such as poke and ramps that are still prized in Appalachian kitchens, as well as others that are less familiar such as sochan, creasy greens, and wise. Later, these same tribes taught incoming Scotch-Irish immigrants and freedmen how to manage the unique geography and growing seasons of Appalachia, and to live off similar gardens, albeit with produce influenced by the arrival of new vegetables and herbs brought by the newcomers, such as European herbs and vegetables from the Mediterranean and the Middle East.

Today at Dancing Bear, we celebrate that culinary diversity and rich heritage of garden-to-table with spring and early summer produce including dill, chives, parsley, spinach, chard, fennel, squash, and zucchini. This is the season for bountiful greens, enriched by late spring rains, from tender, flavorful herbs to rich, tangy greens. It isn’t so warm yet that these tender veggies might wilt, but isn’t yet the sunshiny, hot weather under which tomatoes and peppers thrive. We’re excited to already have zucchini, which should be growing all summer long and can be used in a variety of exciting ways.

Chef Shelley’s menu* bridges that delightful slide from spring to summer with dishes like Spring Onion Soup with artisan cheese toast, mushrooms, and summery micro basil. The Garden Salad Crudité simply comes with every vegetable in the garden and a green garden dressing, the herbs and fresh vegetables playing together in harmony. The Truffle Potato Crusted Halibut comes with a fresh fennel puree and fiddlehead fern puree that touches on earlier spring produce. The Lump Crab Stuffed Trout with country ham, fingerling potatoes, and a seafood bisque sauce is also dressed with shaved fennel for a bright counterpoint to the seafood.

When you taste these garden to table ingredients, you are not only tasting the land and its history, but also getting to savor the season. It’s hard to beat a way of eating that’s flourished for thousands of years, but Chef Shelley has succeeded by combining Appalachian flavors with modern techniques and a natural instinct for flavor. Come taste late spring and early summer with us here at the Dancing Bear Appalachian Bistro, and discover what makes this part of the world so delicious.

*As our menu is seasonal and created using only the freshest ingredients, items are subject to change