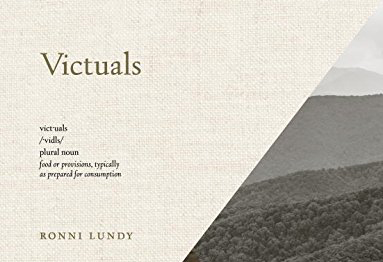 Authenticity is a word that gets thrown around a lot lately, especially in the culinary scene. Ever since the local food movement took off and eating green became the thing to do, people are craving “real” food that is simple, unprocessed, and has a story. They want to taste a place. As much as we crave something authentic, though, diners also love the exciting and new. There’s never been a bigger moment for fusion cuisines, from bahn mi tacos to poke nachos, made by brilliant cooks with no ties to either cuisine’s place of origin. But at Dancing Bear Lodge, the secret is what happens when a cutting edge chef returns to the foods of her childhood and makes them new again for diners who might never have gotten to try the very special cuisines of Appalachia.

Chef Shelley has an inversion of the typical chef’s story. Instead of expanding outward into ever more exotic repertoires, Chef Shelley came home. She was recently featured in Victuals: An Appalachian Journey, with Recipes by Ronni Lundy, “an exploration of the foodways, people, and places of Appalachia,” in a feature that celebrated her journey from globe-trotting chef to the inspiration at the heart of Dancing Bear’s restaurant. While Chef Shelley has mastered many dishes, she excels most at the ones she grew up eating, and learning how to prepare, from her grandmother during summers in the Blue Ridge Mountains. When you eat Chef Shelley’s Appalachian dishes, you know you’re getting the real deal.

The kitchen at Dancing Bear doesn’t look much like the house where Chef Shelley’s grandmother and aunt boiled down jars of jams and jellies on a cast iron stove, but many of the techniques and approach to food are the same. Shelley told Lundy of her aunt Marie, “no one was supposed to come into the kitchen…that was her domain, her time. But she would let me go in to watch, to learn. I loved the whole peeling and boiling, and frying and mashing, and how everything had a season and different way to cook.”

If you had a chance to try Chef Shelley’s work at Terra Mae in Chattanooga, Tennessee, you already know about the way she elevates unfamiliar ingredients like pig’s ear into something diners from any culinary background can savor and enjoy. That’s a point of pride within Appalachian cuisine, which unlike the broader Southern category it fits into wasn’t developed with niceties like kitchen help and boughten ingredients in mind.

The backbone of Appalachian food is what you can catch, grow, hunt or forage in the hills and hollers that run along the mountain ranges. Preservation is key for bringing certain ingredients past their brief season into year-round use. There’s no processed cheese, mayonnaise, or canned peppers here for pimento cheese, or refined flour leavened with purchased baking soda and powder for biscuits. While those dishes are delicious, Appalachian food is defined by its geographic boundaries, and by the resourcefulness of the local people to make due from their own land. And that has evolved into a flavor all its own.

Chef Shelley describes her childhood summers in the Blue Ridge Mountains as a deeply sensory experience we hope you’ll share at Dancing Bear. “You would wake up and smell the coal and the damp mountains in the air,” she told Lundy. “You’d not want to get out of the bed with its feather pillows, the handmade quilts. But then you’d smell the country ham, the biscuits, and the hot cast iron. And you’d get right out of that bed and to the table.”

We’re lucky to have a chef so deeply steeped in a food culture that in some ways is disappearing. In the 70s and 80s, when Chef Shelley was visiting her grandmother on summer vacations, her grandmother was already somewhat removed from the place and foods that had fed her throughout her life. “My grandparents didn’t live there full-time,” Shelley explained. “When it wasn’t summer, my grandmother was a chemistry professor…she was the first woman to receive a doctorate in chemistry from the University of Memphis.”

These days it seems groundbreaking in its own way to step away from a life of globe-trotting and cooking in some of the biggest foodie cities in the world, from New Zealand to Los Angeles. Coming home to cook the foods she grew up on in a way that belies her years of training and deep natural talent is its own radical statement on the importance of this place and the foods that are a part of it.

You can learn more about Ronni Lundy’s Victuals here.