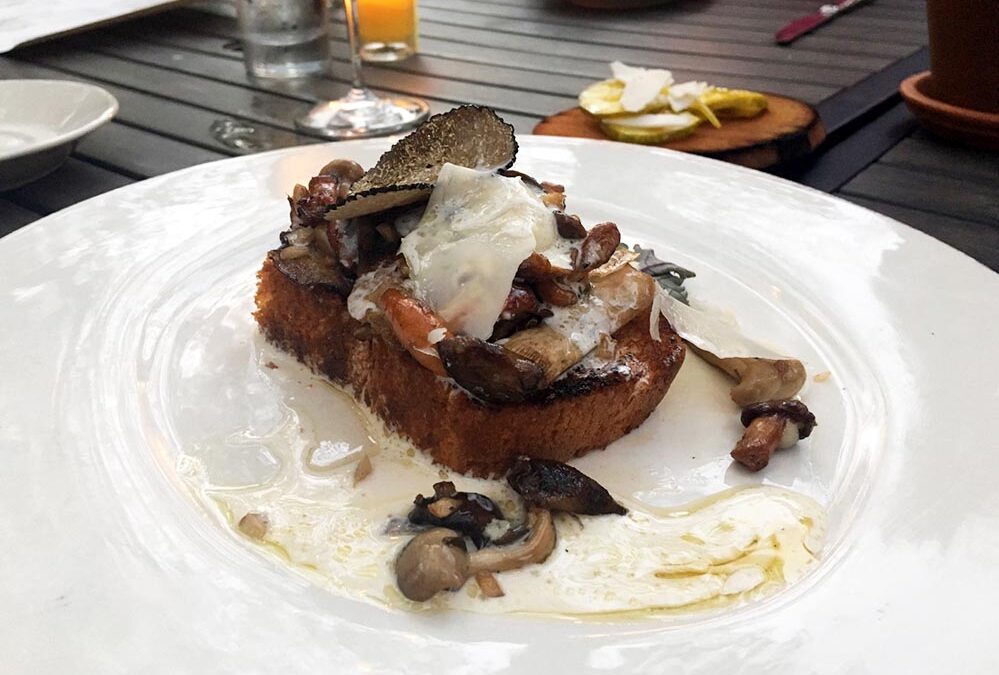 Ramps appear in two of the dishes on our current menu, including the Braised Rabbit, which comes with pickled ramps, and the Wild Mushroom “Toast.” If you aren’t familiar with Appalachian cuisine, you might be wondering what on earth a ramp is. If you’re in the know, you might be pretty excited to see this regional ingredient with our spring dishes. The simple answer is that ramps are essentially a wild leek (that’s allium tricoccum to you botanists) indigenous to the eastern United States and especially the Appalachian Mountains.

Ramps have a spicy, pungent flavor similar to spring onions or garlic. Delicious raw, pickled, or cooked, ramps have been used to add flavor to food for thousands of years, first by the Cherokee, who eventually introduced Scotch-Irish settlers to the food. Now ramps are something of a trend even outside Appalachian cooking, as chefs from all culinary styles have embraced the principles of using fresh, local ingredients and foraging for seasonal produce that is the backbone of mountain cuisine.

Part of why people get so excited about ramps is that they grow primarily in the wild and are highly seasonal, growing mainly in the spring and summer. They aren’t something that tends to be grown en-mass on farms. Before easy, cheap access to canned and frozen vegetables, Appalachian peoples relied on produce they canned or pickled themselves to preserve between seasons.

After a long winter, ramps are one of the first green things to sprout, offering a welcome return to fresh vegetables. Much the way that Germans celebrate the first spring asparagus shoots with whole festivals and traditional dishes, folks in the hills and hollers welcome the arrival of ramps. But like many foraged ingredients in Appalachian cuisine— like mushrooms, poke, and fiddlehead ferns— you have to know what you’re looking for and where the wild ramp patches are. Chef Shelley is proud to celebrate this uniquely Appalachian ingredient on our menu, and to pair it with other ingredients that reference this place’s tradition of foraging.

The Braised Rabbit with Biscuits and Tomato Gravy is in the same spirit as hunters’ dishes found in other parts of the world, like Italy’s famous Rabbit Cacciatore, which combines meat and vegetables that a hunter might find in the wild and eat at camp. Chef Shelley’s dish might be familiar to anyone who remembers what their grandmother or great grandparents might have served for supper in springtime, if someone in the family were lucky enough to catch a rabbit after “digging ramps.”

The Wild Mushroom “Toast” takes an elevated approach to the foraging concept, using wild mushrooms that are nevertheless familiar, and a brioche bun rather than a more traditional cornbread or biscuit base. The shaved Asiago and truffle cream are special, too, and are a lovely reminder of how Appalachian cuisine has long been about creativity and ingenuity, blending influences from many cultures to create something thoroughly of this place.